OUR RELATIONSHIP WITH EARTH, HEAVEN, HELL

LUKE 16:19-31 This is a story about a man who was shocked to find himself in hell.  Hell is full of surprised people.

“If you read history you will find that the Christians who did most for the present world were just those who thought most of the next. The Apostles themselves, who set on foot the conversion of the Roman Empire, the great men who built up the Middle Ages, the English Evangelicals who abolished the Slave Trade, all left their mark on Earth, precisely because their minds were occupied with Heaven. Aim at Heaven and you will get earth 'thrown in': aim at earth and you will get neither.” - CS Lewis in “Mere Christianity” 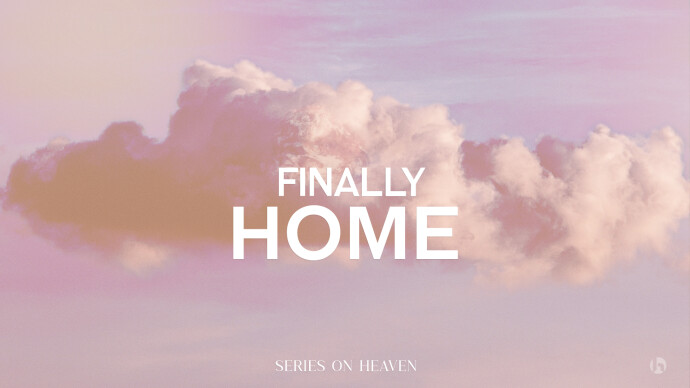 Is there a heaven? What will it be like? What will we be doing? All of these questions and more may have come across your mind. In this series, we'll find out what the Bible has to say about heaven.

Other Sermons in the Series

Finally Home: An Overview of Heaven